Penny Pritzker, Our Next Secretary of Commerce - Finally the "One Percent" Get's a Seat at the Cabinet Table! 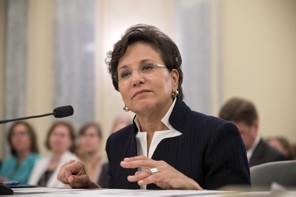 I congratulate President Obama on his selection of Penny Pritzker to be his new Secretary of Commerce – a GREAT choice. Finally, there will be a champion of that sector of the electorate that the President derisively termed “the one percent” during his 2012 campaign. Finally, a “strong voice” for the rich that will advocate lower taxes for the wealthy and support “off shore” banking to avoid taxes. Finally a “seat at the Cabinet table” for wealthy investors who know “how the game is really played” and how to manipulate the rules to make her rich class richer and avoid paying their “fair share.” In other words, a true successful American businesswoman!


At the beginning of his first term in early 2009, President Obama floated her name for a Cabinet post but relented in the face of opposition from the Liberal press, especially the New York Times, who identified her as “one of world’s most notorious Tax Cheats and money manipulators.” As a fall back, he quietly named her to his White House Economic Recovery Advisory Board on 6 Feb 2009 –but even that did not go unnoticed by that citadel of Liberalism, the New York Times!

Here is what the NY Times had to say about Pritzker when her name was floated then as a possible Secretary of Commerce: "it had never made sense for Ms. Pritzker to become a nominee. 'The confirmation hearing could have been quite ugly' .... In 1988, the Pritzker family and another wealthy investor took over a failing savings and loan and turned it into Superior Bank. Ms. Pritzker was its chairwoman from 1991 to 1994, after which she sat on the board of the bank’s holding company.... concentrating on packaging subprime mortgages into securities.... regulators later discovered accounting irregularities that overstated the value of its assets. The bank was forced to write down huge losses, leaving it without adequate capital... A 2002 report by the inspector general of the Federal Deposit Insurance Corporation concluded that 'the failure of Superior Bank was directly attributable to bank management and the board of directors' ...Pritzkers agreed in 2001 to pay the F.D.I.C. $460 million .... The family also increased its wealth by exploiting loopholes in the tax code, including setting up a series of offshore trusts that sheltered their assets from taxes.

The I.R.S. fought several battles with the Pritzkers over the arrangements. But the agency was hindered by foreign bank secrecy laws that concealed what the Pritzkers owned. In 2002, a few cracks appeared in the wall of secrecy when two young Pritzker heirs filed a lawsuit claiming their older relatives had looted their trusts. The litigation revealed that the family was worth at least $15 billion, that it was held in some 950 trusts...."

With this obviously unfair criticism by the NY Times but knowing he would need that paper in his 2012 reelection as his propaganda arm, Obama decided not to nominate Penny back in 2009. But with all elections now safely behind him, Penny will be our next Secretary of Commerce. To date her hearings have been a veritable love fest with Republicans welcoming her as “one of their own” (in practice if not in party identification) while Democrats who unfailingly support Obama, regardless the issue, will let her nomination sail through. And don’t expect any Senator to do anything to derail this nomination like questioning her ethics or implying she is a Tax Cheat; there will be no questions during her confirmation and certainly none from the IRS who, in keeping with how they treat all BIG Dem contributors, long ago dropped all efforts at getting her to “pay her fair share.”
Posted by A_COL at 11:59 AM No comments:

Remembering on Memorial Day - 2013, but Especially WWII and The Greatest Generation 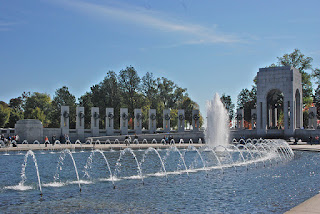 As a Vietnam combat Vet who spent 30 years in the Army (and have been in Afghanistan as a civilian), I honor ALL those killed in defense of our country but this Memorial Day 2013, I will especially remember those lost in World War II. All other modern Wars pale in comparison to that fought by our “Greatest Generation” and I’m proud that both my Father and Mother served overseas in WWII.


To put World War II in perspective, compare it to our other modern wars and conflicts.

In the almost 12 years we’ve been in Afghanistan (Oct 2001-Today/27 May 2013), we’ve lost 2174 military killed from all causes in country and the surrounding regions and the breakdown of those lost is: 70.0% Soldiers, 19.7% Marines, 4.7% Airmen and 5.6% Sailors. Hence, like in all wars, the Army has done the overwhelming bulk of the fighting and dying there.

Between Vietnam and our present wars, our military also saw combat in Grenada (total lost from all causes = 19), Panama (24), The Gulf War (293).

To me, the real heroes of WWII were the men of the 8th Air Force (one of 16 numbered Air Forces in the War). The 8th AF sustained more than 27,000 killed; that’s more than the entire Marine Corps (24,500) lost in that war. I will never understand how men had the courage to board those bombers day after day knowing they would often sustain 40-50% casualties on a single mission.

Like all Memorial Days, I honor ALL who've served and especially who made the ultimate sacrifice but I reserve a special place for the Heroes from World War II and especially my Mother and Father!
Posted by A_COL at 10:44 AM No comments:

Labels: All those who have served, Memorial Day 2013, The Greatest Generation, World War II 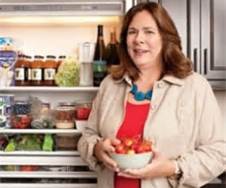 If Glenn Kessler, the Washington Post Fact Checker, awarded President Obama on 14 May 2013 his highest acknowledgment of Four Pinocchios (see below), for his mega-whopper: Claim he called Benghazi an ‘act of terrorism,’ then Presidential debate moderator (and part-time CNN hack but full time Democrat shill) Candy Crowley’s ultra-mega whopper during the debate is worthy of at last six!


When Republican presidential candidate Romney charged that President Obama failed to call the attack on the U.S. consulate in Benghazi an "act of terror," Crowley decided she would enter the debate on the President’s side. Romney had correctly responded to a question by stating: “it took Obama days to call the Benghazi attack an act of terror” when, for some unexplainable reason, Crowley felt compelled to “assist” Obama by joining the debate on his side and erroneously stating: "He did in fact call it an 'act of terror."

This below Washington Post Fact Check should finally set the record straight and show Crowley for the partisan and less than honorable Democrat shill she is. If CNN were truly the non-partisan news outlet they claim to be, Crowley would have been gone the day after the debates. By keeping Crowley on the air almost eight months after her outrageous debate conduct, CNN has demonstrated how impartial they really are.

As for President Obama, seems there is no limit to his ability to lie to the American public. Here almost nine months after Benghazi and in the face of overwhelming evidence to the contrary, he continues to try and “spin the same yarn.” Seems he adheres to the Stalin philosophy that: “if you tell the same lie long enough, people will begin to believe it." This might be acceptable for a CNN hack but is it for a sitting President?