Can't Teach an Old Dog Like Hillary Clinton New Tricks so She's Just Up to Her Old Ones!

Jerry Zeifman, a lifelong Democrat, was the chief counsel to the House Judiciary Committee during the Watergate hearings in 1973-74 when 27-year-old Hillary Rodham was on the committee staff and he was the one who terminated her in August 74.  When ask about her work, Zeifman stated “she was a liar….  She was an unethical, dishonest lawyer. She conspired to violate the Constitution, the rules of the House, the rules of the committee and the rules of confidentiality.” 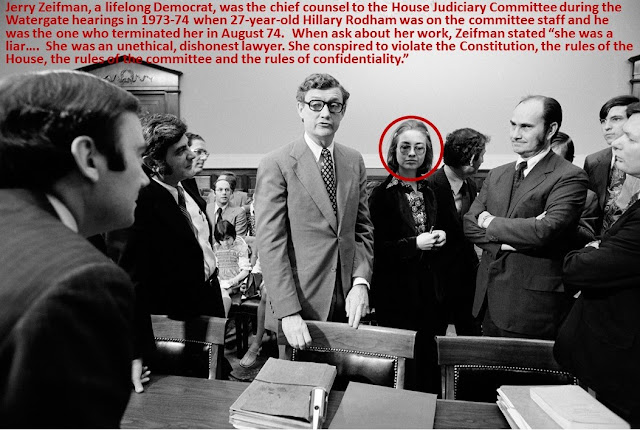