Seems General David Petraeus’ past is finally catching up with him.  Way back in November 2012 I wrote an article in this Blog (http://old-soldier-colonel.blogspot.com/2012/11/what-should-be-military-legal.html) pointing out that GEN Petraeus committed his offenses while he was still on active duty and how his punishment was inconsistent with how the Army had handled a partially similar but significantly less serious case involving another highly decorated four star General.  Although the mishandling of classified materials was very serious and for which GEN Petraeus received his Federal conviction, he was also guilty of Article 134 of the UCMJ, Adultery, which was definitely detrimental to the good order and discipline of the Military. 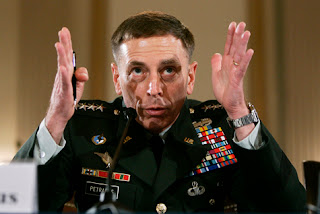 In other Blog articles I have already pointed out the inconsistencies in how GEN Petraeus’ mishandling of classified material was handled with a Federal prosecution while the Democrat presumed nominee Hillary Clinton has been coddled and so far let slide for doing far worse so I won’t address that miscarriage of justice here but for light reading on the subject I would invite you to read my previous Blog article at: http://old-soldier-colonel.blogspot.com/2015/07/both-state-dept-director-of-national.html.

Although rarely taken to Court Martial, violation of Article 134, Adultery, normally results in a significant punishment which is what happened to the another highly decorated Army 4-Star General that had an “inappropriate relationship” that some might loosely describe as an “extramarital affair.”  Although that General had been separated from his wife for over a year at the time, was in the process of finalizing a divorce, the lady was an unmarried civilian who he later married and he had made no attempt to hid the relationship, he was relieved of his command, demoted to 3-Star Lieutenant General and unceremoniously retired from the Army.

He was GEN Kevin P. Byrnes, at the time the Army Training and Doctrine Command (TRADOC) Commanding General, and on 8 Aug 2005, he was relieved of his command for his relationship with an unmarried civilian with no connection to either the military or even the federal government.  The General had been separated from his wife since May 2004 and coincidentally their divorce was finalized on the same day he was relieved of his command – 8 Aug 2005.

The General was a popular and highly regarded leader credited with ushering in systemic changes in Army doctrine and training.  A decorated Vietnam War veteran, he had commanded the 1st Cavalry Division and the multinational troops in Bosnia, and had been the Director of the Army Staff.   He was set to retire that November after 36 years of unblemished service beginning when he was 19 years old so his punishment was “light” and he was allowed to retire at the reduced rank of Lieutenant General or 3-Star rank.

Also, with his blatant act of indiscipline GEN Petraeus brought discredit on the entire Officer Corps and made enforcement of Military Law more difficult for all leaders  The first thing every young officer learns is he or she is “always on parade.” That is their conduct is always being watched and the higher one rises, the more this is true. By the time an officer reaches field grade (major), they are constantly under scrutiny and every transgression sets a new standard of conduct, higher or lower, for their subordinates.  Petraeus’ conduct was disgraceful and besmirch the honor of every Military officer so should not go unpunished.

While we’re at it, let’s not forget Broadwell. I don’t know what the final disposition of her case was but, as a reserve officer she was equally at fault.  Not only did she commit adultery but she also mishandled classified material.  I hope this “nut case” was not only cashiered out of the Army Reserve but criminally prosecuted.
Posted by A_COL at 12:05 PM No comments: 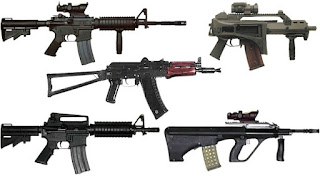 Like clockwork each New Years the Washington Post publishes an article exposing the homicide stats for the District of Columbia, our Nation’s Capital, and the surrounding suburbs so I can confirm how luck I am to live in Virginia where I have the freedom to own a gun for self-protection. Also, like clockwork, the WaPo fails to do any analysis of the numbers because from the stats it is obvious that homicidal maniacs would much rather commit their crimes in jurisdictions like DC and Maryland that not only don’t have the death penalty but where they have little chance of being confronted by a law abiding citizen who just might have a gun of their own than in Virginia with virtually no restrictions on guns and the only questions for convicted murders is do you prefer the needle or the chair and if the chair, AC or DC?

Like in past years, the WaPo curiously makes no attempt to explain the disparity in rates among the various jurisdictions but even a cursory analysis of the stats might reveal a motive for why the Liberal WaPo does no analysis -- could it be because it would clearly demonstrate the dramatically inverse relationship between homicide rates and restrictions on gun ownership.

For you doubters who might want to run the figures for themselves, here is the detailed math for the 2015 numbers using the latest population estimates from Census Bureau and the Stats in the article:

Now I’m not opposed to registration and some reasonable limits on ownership such as terrorists, ex-cons and the mentally unstable but there should be no restrictions on ownership by average citizens – anywhere in the US. There is a “God-given” right of self protection, especially in one’s own home, and a gun is the only way to exercise that right. If you don’t believe me, just ask any Bostonian who was directed to “shelter in place” during the Marathon Bomber manhunt or upstate New York resident when Police were hunting the murders who escaped from their Clinton “maximum security prison” how they feel about owning a gun now! One has to go no further than right here in our own DC-area backyard to clearly demonstrate that contrary to liberal rhetoric, it is an “inconvenient truth” that guns actually do make us safer. Case in point, Virginia has by far the laxest gun laws and the least gun violence of any of the surrounding jurisdictions. Could it be criminals are not so anxious to attack law-abiding citizens if they might be "packing heat?"

I would add that for those of you that are sincerely worried about the safety of children in homes with guns, I would suggest that your energies would be far more productive in saving children’s lives if you were to crusade against home swimming pools. In any given year in this country there is one child drowning death for every 11,000 residential swimming pools or 550 children under the age of 10 drown every year in our 6 million pools. Meanwhile there is one child killed by a gun for every one million (plus) guns in this country or with about 300 million guns, approximately 175 children die. This means a child is over 160 times more likely to drown in a pool than be killed by a gun. Hence, banning residential pools is a much more effective way of protecting children than banning fire arms.
Posted by A_COL at 11:40 AM No comments:

WHEN THE CONSTITUTION NEEDS TO BE CHANGED, ARTICLE V PROVIDES THE MEANS FOR AMENDMENTS AND “EXECUTIVE ORDER” IS NOT ONE OF THEM!


After the likes of former IRS Senior Official Lois Learner and State Department IT employee Bryan Pagliano both invoked their Fifth Amendment rights against self-incrimination when appearing before Congress to testify about their obviously illegal misconduct, many Americans were not happy.  Some may have even thought there should be some exceptions from Fifth Amendment protections when Government officials were questioned in regards to illegal conduct in the performance of their official duties but I never heard anyone suggest that the President should issue an Executive Order to unilaterally limit the application of the Fifth Amendment. 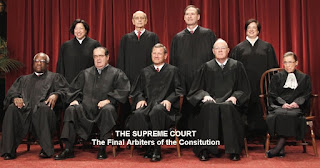 Why is it that some Gun Control zealots are now advocating that the President should issue an Executive Order to unilaterally limit the application of the Second Amendment.  Would it not be a dangerous precedent to set if any President were to be allowed to get away with limiting the Constitutional protections through Executive Orders?

Think about it for a minute?  Because the only legislative recourse against a President, any president, from abridging the Constitution is impeachment which requires a two-thirds vote of the Senate, unless an opposing party would have a super majority it is doubtful removal would be a remedy.  Also, because the Attorney General serves at the leisure of the president, it stands to reason that a serving Attorney General would either support the president illegally abridging of the Constitution or be replaced with one that would.  Hence, the only check to a president issuing an unconstitutional executive order is a Federal Court or the Supreme Court.  Thankfully, the last questionable executive order President Obama issued concerning not enforcing US immigration law and temporarily granting status to illegal immigrants met with a stay by a Federal Judge which was ratified by the Supreme Court and its legality will be determined by the entire Court.

If gun control advocates are “certain” that the Founding Fathers never intended citizens to have the right of self protection using guns, could not conservatives be just as “certain” that those same Founding Fathers never intended that the right against self-incrimination was never intended to protect public servants who illegally misused their powers to target political opponents or to protect a secretary of state against censure for failing to protect TOP SECRET “information, the unauthorized disclosure of which reasonably could be expected to cause exceptionally grave damage to the national security.”

No one, not even a president can be certain of the “intent of the Founding Fathers” when writing the Constitution so we have to depend on what they put down on paper and the American people have empowered the Supreme Court to be the final arbiter to interpret their written words.  Hopefully, we will always have a Supreme Court that puts the Constitution over personal preference and strictly adheres to what is actually contained in the document.  Think how terrible it would be if a majority of Supreme Court Justices were to allow a president to abridge Constitutional rights of citizens through executive orders because they agreed with the results even though in their hearts they knew they were shredding the Constitution. It’s a slippery slope and once a president is allowed to abridge civil liberties by executive order then we have devolved into a nation with a King rather than one of laws.

Let’s never let any president, regardless of political party or the purity of their convictions, ever circumvent the Constitution and take away our civil liberties by executive order.  When the Constitution needs to be “tweaked,” Article V allows for how it can be amended but no where in Article V is the “executive order” mentioned as a lawful way to change it.
Posted by A_COL at 8:59 AM No comments: