The Price of Clintons! Going Up, Up, Up!


Times have really changed for the Clintons!  As Secretary of State, Hillary demanded hundreds of millions of dollars in exchange for “Official favors” but back when she was First Lady you could “buy the Clintons” for much less.  For instance, back in 1996, the Clintons’ price for a plot in Arlington National Cemetery for former Ambassador M. Larry Lawrence was a mere $200,000.  Of course that one didn’t work out so great because Veterans Groups made such a stink about this lying non-vet being buried in the company of brave Service Members that the Clintons were forced to have him dug up and removed. 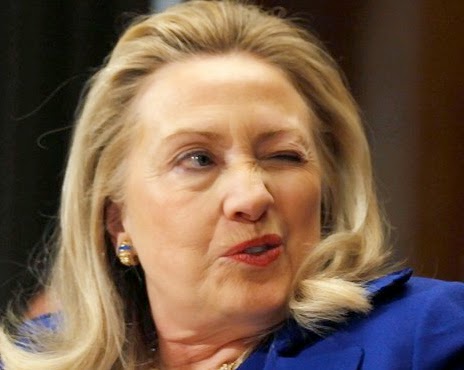 Another good deal was the Clintons rented out the White House Lincoln Bedroom for a mere $100,000 contribution. A bit more expensive than the Hyatt, but it included a breakfast buffet.

Then there was the Marc Rich pardon that Clinton did on his last day in office.  That one was a bargain at just over $1 million including more than $100,000 to Hillary’s Senate campaign and another $450,000 to the Clinton Library.

Now days a million bucks won’t buy you a burrito with Hillary at Chipotle let alone a ride in the Secret Service chauffeured Scooby Van with her!

Can’t imagine what her (and Bill’s) price would be if American voters were ever to be so stupid as to elect her President!
Posted by A_COL at 6:19 PM No comments: