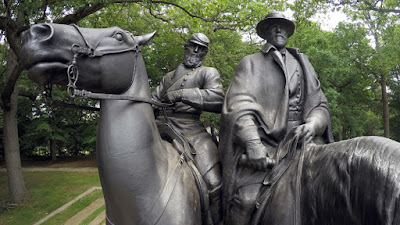 Marylanders Remove Statue of Supreme Court Chief Justice Roger B. Taney and They Don't Even Know Who He Was! 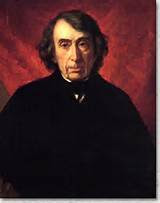 Now that Marylanders are eradicating all traces of Roger B. Taney, they will never know why they ever built tributes to this distinguished Marylander in the first place but then again, most have probably never been curious why anyway.  He was not JUST a Supreme Court Justice, he was the fifth CHIEF JUSTICE of the United States serving for over 28 years (1836-64) which made him the second longest serving Chief Justice in US history behind only John Marshall.  He was also the Attorney General (1831-33) and the Secretary of the Treasury (1833-34) and he was the first non-protestant ever to serve in a president’s cabinet.  Taney remained loyal to the Union throughout the Civil War.


The Dred Scott vs. Sandford decision for which he is now being vilified was a 7-2 decision with Taney in the majority and was decided on the basis of interpreting the Constitution as it was written.  It took the 13th, 14th and 15th Amendments to "fix" the Constitution so it appears Taney's interpretation was correct at the time of the decision.


Taney was personally against slavery and, when he inherited slaves at the death of his father, he manumitted all of them and even provided pensions to the ones too old to work.  He famously condemned Slavery as “a blot on our National character.”  Chief Justice Taney even administered the oath of office to Abraham Lincoln on 4 March 1861.

Finally, the USCGC Taney (WHEC-37) was one of the Coast Guard’s most historic ships and is now a museum ship in Baltimore’s Inner Harbor.  It was designated a National Historic Landmark in 1988.  I suspect Marylanders next move will be to try to sink her one night soon.
Posted by A_COL at 8:54 PM No comments:

Give Credit Where Credit Is Due - It Was 55 Years Ago When President John F. Kennedy Sent Combat Troops to Vietnam to Save Southeast Asia from Communist Domination

On this Memorial Day let’s all remember that it was President John F. Kennedy Kennedy that had the courage to stand up to Communist aggression in Vietnam which in retrospect arguably saved all of Southeast Asia from falling under Communist domination.  I don’t believe President Kennedy is given sufficient credit for his courageous committed bi-partisan, anti-communist foreign policy and his principled defense of South Vietnam.


By sending in U.S. Combat Forces and creating the Military Assistance Command Vietnam (MACV) on 8 Feb 1962 (as everyone that fought in Vietnam knows, MACV was the US Command that prosecuted the war right up until the end), President Kennedy provided most of the rest of Southeast Asia, and particularly Thailand, the “breathing room” to resist total Communist domination.

President Kennedy was totally committed to stopping communist expansion and knew not acting decisively in Vietnam by committing US troops would fatally damage U.S. credibility with our allies. As Kennedy so eloquently stated "Now we have a problem in making our power credible... and Vietnam looks like the place.” He went on to reaffirmed his commitment to defend South Vietnam in his 11 May 1962 National Security Action Memorandum 52, known as "The Presidential Program for Vietnam."

And for those revisionist “historians” that say that if President Kennedy had lived he would have abandoned South Vietnam, I can only refer you to what Robert Kennedy said in his oral history interview in April 1964 at the John F. Kennedy Library.  Remember, Robert Kennedy was not merely John Kennedy's brother, he was his closest political ally and closest confidant so what RFK said about his brother’s view of the Vietnam War is not merely speculation or opinion.


Kennedy:
… the president felt that the. . . . He had a strong, overwhelming reason for being in Vietnam and that we should win the war in Vietnam.
Martin:
What was the overwhelming reason?
Kennedy:
Just the loss of all of Southeast Asia if you lost Vietnam. I think everybody was quite clear that the rest of Southeast Asia would fall.
Martin:
What if it did?
Kennedy:
Just have profound effects as far as our position throughout the world, and our position in a rather vital part of the world. Also, it would affect what happened in India, of course, which in turn has an effect on the Middle East. Just, it would have, everybody felt, a very adverse effect. It would have an effect on Indonesia, hundred million population. All of these countries would be affected by the fall of Vietnam to the Communists, particularly as we had made such a fuss in the United States both under President Eisenhower and President Kennedy about the preservation of the integrity of Vietnam.
Martin:

There was never any consideration given to pulling out?