Washington Post Finally Criticises Hillary Clinton for Lying About Top Secrets Disclosed in Her Emails on Her Home-brew Server!

In a rare Washington Post Fact Checker, the paper actually printed something critical of the paper’s political darling, Hillary Clinton.  Seems even Glenn Kessler couldn’t quite some of the blatant lies Hillary was attempting to spin on Chris Wallace on Fox News Sunday on 31 July 16.


Here is what the WaPo said but you will notice they buried it on their website without posting it on their homepage although they did post a Trump Fact Checker on the homepage.  So much for WaPo fair and balanced reposting.


Here is what Glenn had to say about Hillary:


“Director Comey said my answers were truthful, and what I’ve said is consistent with what I have told the American people, that there were decisions discussed and made to classify retroactively certain of the emails.”


As Wallace put it, “After a long investigation, FBI Director James Comey said none of those things that you told the American public were true.” 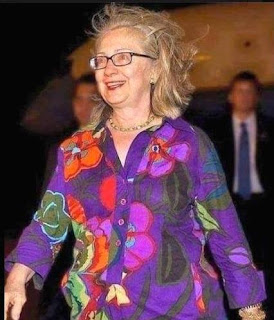 After Clinton denied that, Wallace played another video of an exchange between Comey and Rep. Trey Gowdy (R-S.C.), chair of the House Select Committee on Benghazi:


GOWDY: Secretary Clinton said there was nothing marked classified on her emails either sent or received. Was that true?


COMEY: There was classified material emailed.


So what’s going on here?


Clinton is cherry-picking statements by Comey to preserve her narrative about the unusual setup of a private email server. This allows her to skate past the more disturbing findings of the FBI investigation.


For instance, when Clinton asserts “my answers were truthful,” a campaign aide said she is referring to this statement by Comey to Congress: “We have no basis to conclude she lied to the FBI.”


But that’s not the whole story. When House Oversight Chairman Jason Chaffetz (R-Utah) asked whether Clinton had lied to the American public, Comey dodged: “That’s a question I’m not qualified to answer. I can speak about what she said to the FBI.”


At another point, Comey told Congress: “I really don’t want to get in the business of trying to parse and judge her public statements. And so I think I’ve tried to avoid doing that sitting here. … What matters to me is what did she say to the FBI. That’s obviously first and foremost for us.”


Comey was also asked whether Clinton broke the law: “In connection with her use of the email server? My judgment is that she did not,” Comey said.


As for retroactive classification of emails, Comey did say many emails were retroactively classified. But he also said that some emails were classified at the time — and Clinton and her aides should have been aware of that.


Here’s how Comey put it in his lengthy statement when he announced the completion of the investigation: “Although we did not find clear evidence that Secretary Clinton or her colleagues intended to violate laws governing the handling of classified information, there is evidence that they were extremely careless in their handling of very sensitive, highly classified information.”


Comey said “seven e-mail chains concern matters that were classified at the Top Secret/Special Access Program level when they were sent and received. These chains involved Secretary Clinton both sending e-mails about those matters and receiving e-mails from others about the same matters.”


He added: “There is evidence to support a conclusion that any reasonable person in Secretary Clinton’s position, or in the position of those government employees with whom she was corresponding about these matters, should have known that an unclassified system was no place for that conversation.” He noted that “even if information is not marked ‘classified’ in an e-mail, participants who know or should know that the subject matter is classified are still obligated to protect it.”


In her response to Wallace, Clinton at one point appeared to deflect responsibility to her aides: “I relied on and had every reason to rely on the judgments of the professionals with whom I worked. And so, in retrospect, maybe some people are saying, well, among those 300 people, they made the wrong call.”


Testifying before Congress, Comey said it was possible Clinton was not “technically sophisticated” enough to understand what the classified markings meant. But he said a government official should be attentive to such a marking.


As we have seen repeatedly in Clinton’s explanations of the email controversy, she relies on excessively technical and legalistic answers to explain her actions. While Comey did say there was no evidence she lied to the FBI, that is not the same as saying she told the truth to the American public — which was the point of Wallace’s question. Comey has repeatedly not taken a stand on her public statements.


And although Comey did say many emails were retroactively classified, he also said that there were some emails that were already classified that should not have been sent on an unclassified, private server. That’s the uncomfortable truth that Clinton has trouble admitting.